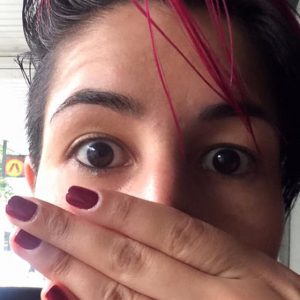 Hello! My name is Shakeera Khan and I am a front-end web developer specialising in WordPress theming, site development and UX. Originally from Melbourne, I’m now based in Sydney, Australia.

My love of coding started back in 1999 when I was introduced to the world of website development. My first site was a Charmed fansite (what, I was 13!) and even though it was dumb, I kept it for two years. Over those two years I used it to learn and practice all the new things I was learning in HTML and CSS. I would spend hours trying to solve problems and work out best practices. And I loved every minute of it.

Flash forward and in the decade and a half since learning my first bit of code I’ve worked on projects of all sizes as an in-house developer, contractor or freelancer. I’ve done a variety of work with companies such as New Balance, Eardrum and Screentime. In 2010, I was given the opportunity to join the digital team at Time Out Australia, effectively leaving freelancing behind. Seven years on and I’m back and looking to take on some new work!

It’s taken me a bit of time to work out what I really love doing and I’ve finally worked out that it’s being able to turn code into something that looks great. I love working with clients from initial concept to final execution. Seeing something go from a few rough sketches to a fully developed site is a great feeling. And I want to do more of it. If I sound like the person for your project then get in touch.

As well as freelancing, I also work on Dragon Friends, a live D&D comedy show and podcast.